As a young adult, I read Alfred Hitchcock, specifically the book titled The Best of Mystery, filled with 63 short stories. The facts of each story are presented in such a way as to lead the reader in the opposite direction of the actual villain (red herrings), but in the end said villain is so obvious. I also watched TV shows such as the Twilight Zone and Outer Limit reruns, Sinbad, The Odyssey, and later fell in love with the X Files, CSI, and Criminal Minds, Cold Case, and True Crime. I’ve always loved twists and turns, red herrings, foreshadowing, and how the main character’s skills (think MacGyver) are used during the climax to solve the mystery or defeat evil.

As a writer, the trick is to make the red herrings stand out so that the character’s believe and chase after these false clues until the midpoint, while using foreshadowing and MC’s skill subtly enough to draw a surprise reaction from the audience at the climax. 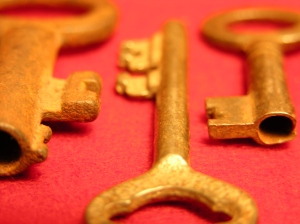 I read and watch a lot of movies in my genre (paranormal, sci-fi, suspense, romance). One of my favorite movies to study is Predator (2010). The movie’s premise is: The mercenary Royce; the military Isabelle; the Russian soldier Nikolai; the San Quentin criminal Stans; the Serra Leoa militia Mombasa; the drug lord Cuchillo; the Yakuza Hanzo; and the Doctor Edwin awake in free fall but they succeed to open their parachutes landing in a jungle. Soon they discover that they are on another planet and they are prey of aliens in a deadly hunting game, and they need to join forces to destroy their predators and survive.

If you get a chance to watch this film, with paper and pen handy, jot down each character’s skill, some of the red herrings, and, after the movie is complete, re-watch and note the foreshadowing. By this method, noting the timing of when these details are added and revealed to the characters, you’ll be able to add those types of details to your writing. Below I’ve detailed skills of the main characters and foreshadowing (SPOILER ALERT):

SKILL:
1. Adrien Brody plays the hero (Royce). He’s always disappearing and reappearing and causing distrust among the other characters. He believes in himself and staying alive. He’s good with weapons, but more so, he’s always one step ahead of everyone else. He’s the leader. At the end, and in response to the villain Edwin’s comment. “You are a good man after all” (because Royce came back for him and Isabelle, heroine), Royce responds by saying, “No, I’m not”—Royce disarms Edwin of his poisoned blade and stabs Edwin in the chin—“but I’m fast.” Throughout the movie, Royce’s wit has proved to save the group, but it’s his physical speed (his skill) that saves him and the heroine at the end.

2. Unsuspected Villian: Topher Grace (Edwin) plays a doctor who specializes in psychotropic drugs and has knowledge of what plants secrete these types of poisons (foreshadowing). It’s what he uses to immobilize his victims on earth (he’s a serial killer) and the heroine at the end of the movie, believing she’s the last person standing in his way of joining the monsters.

3. Minor character, Louise Ozawa Changchien (Hanzo) skill is swordsmanship. He’s able to hold off and finally kill the second of three predators that chase the group, sacrificing his life, but leaving only one predator to contend with.

FORESHADOWING:
1. Alice Braga (Isabelle) is the heroine. In an early conversation with Royce, she foreshadows her part during the climax as she explains what she was doing right before being abducted. She says: “I could have done something, but then I would have been slaughtered along with him (her partner on Earth). So, I hid. I watched him die. I wished I pulled that trigger.” Pulling the trigger and drawing attention to herself is exactly what she does to save the hero (Royce) in the end.

2. Captured Predator: When the group stumbles on the predator camp, they find a smaller predator, played by Carey Jones, strung up on a tree (foreshadow of an ally). They realize who is hunting them. Later, Royce comments to Isabelle “That thing strung up at the camp might know (how to get off the planet/fly the ship). My guess is, it’d do just about anything to get free. Enemy of my enemy.” Isabelle responds, “That doesn’t make it a friend.” She’s foreshadowing to Royce that Edwin is not a friend.  Royce does free the predator who joins him in fighting against the last remaining larger predator. This ally shows Royce where Earth is in regards to the planet they’re on and how to work the device to uncloak and engage the ship.

The analytical challenge, and the fun part of writing, is weaving a character’s skills, red herrings, and foreshadowing  together to make for a surprising climax.

Do you have a favorite movie or book that can be used to study a character’s skills, foreshadowing, and red herrings? Please share…

8 thoughts on “Weaving Mystery Into Fiction”